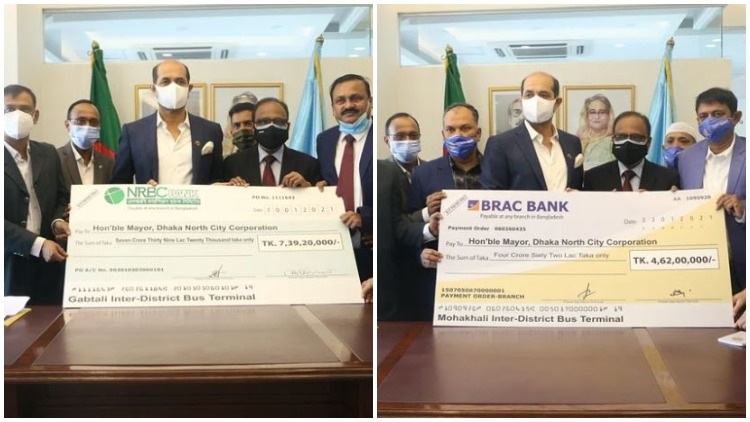 The authorities concerned handed over the cheque to

DNCC Mayor Atiqul Islam handed over the charges of the two terminals to the lessee at the DNCC’s Nagar Bhaban in Gulshan on Tuesday afternoon.

Sources said the DNCC decided to appoint lessees for both the terminals through open tenders to increase revenue earnings.

During the handing over of the charges, Mayor Atiqul Islam said, “Earlier, revenues could not be collected from these bus terminals up to the expected level. When I came, I saw that there were many faults. They didn’t pay revenues to the DNCC on various pretexts. Vested quarters were taking advantages.”

The Mayor said lease was given through open tenders. The DNCC officials were given threats because of the decision of floating open tenders. “I told them not to pay heed to anybody’s threat,” he said.

Atiqul Islam further said the new leaseholders have been asked to maintain a beautiful environment in the bus terminals. If they fail, their contracts will be cancelled, he said.