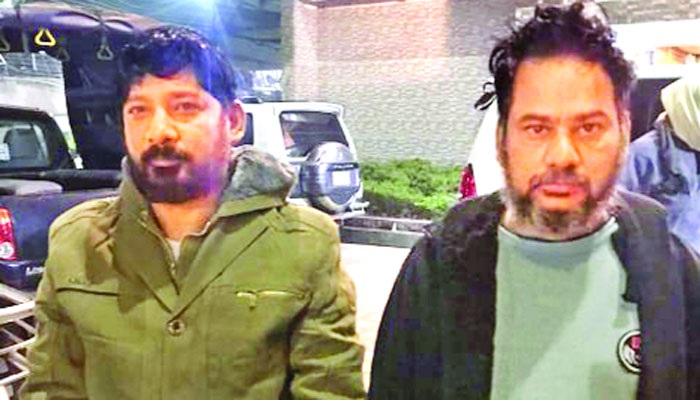 Casino businessman Enu is a former vice-president of the Gendaria unit Awami League while Rupon is joint general secretary of the unit.

Besides, three witnesses gave their testimonies in the same court against 11 people including the two siblings in another money laundering case.

With this, a total of four people testified in the case while the total number of witnesses in the case is 20.

The Rapid Action Battalion (RAB)-3 submitted chargesheet against 11 people, including Enu and Rupon, in the case on January 5.

According to the documents of the case, seven accused, out of 11, are currently in jail.

On September 24, 2019, RAB-3 raided their house in Dhaka’s Banianagar and their two employees’ houses, and seized around Tk 5 crore in cash, and 7.5 kgs of gold ornaments.

Later, six cases were filed against them with Sutrapur and Gendaria Police Stations.

On February 25 last year, RAB raided their another house in Lalmohan Saha Street in Old Dhaka and found Tk 26.55 crore in cash, an FDR of Tk 5.15 crore and one kg of gold ornaments.

Two more cases were filed against the brothers in this connection. After investigating the cases, CID police submitted charge sheet on July 21 last year.