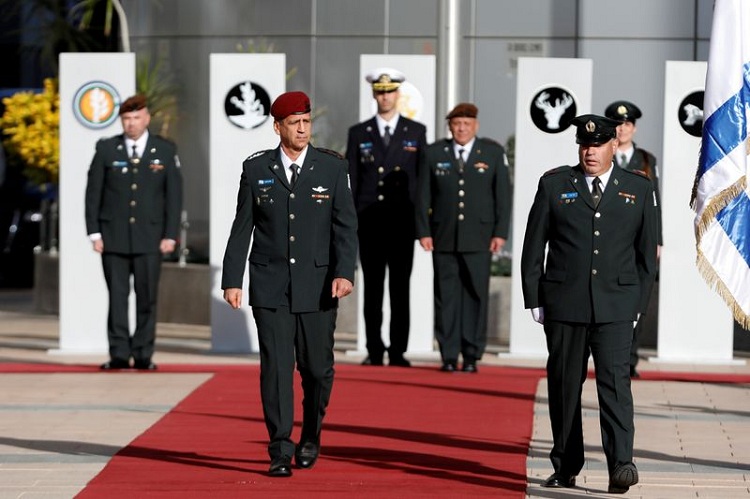 Online desk ; Israel’s top general said on Tuesday that its military was refreshing its operational plans against Iran and that any US return to a 2015 nuclear accord with Tehran would be “wrong.”

The remarks are an apparent signal to U.S. President Joe Biden to tread cautiously in any diplomatic engagement with Iran. Such comments by Israel’s military chief of staff on U.S. policymaking are rare and likely would have been pre-approved by the Israeli government.

“A return to the 2015 nuclear agreement, or even if it is a similar accord with several improvements, is bad and wrong from an operational and strategic point of view,” Lieutenant-General Aviv Kohavi said in an address to Tel Aviv University’s Institute for National Security Studies.

Biden’s predecessor, Donald Trump, abandoned the nuclear agreement in 2018, a move that was welcomed by Israeli Prime Minister Benjamin Netanyahu, who criticised the sanctions relief it offered and warned of the likelihood of Iranian nuclear arms development after its expiration.

Antony Blinken, confirmed on Tuesday as Biden’s secretary of state, said last week the United States was “a long way” from deciding whether to rejoin the deal and it would need to see what Iran actually did to resume complying with the pact.

Since Washington pulled out of the deal, Iran has gradually breached its key limits, building up its stockpile of low enriched uranium, enriching uranium to higher levels of purity, and installing centrifuges in ways barred by the accord.

Kohavi said those actions by Iran, which denies it is seeking atomic arms, showed it could ultimately decide to push forward rapidly towards building a nuclear weapon.

“In light of this fundamental analysis, I have instructed the Israel Defense Forces to prepare a number of operational plans, in addition to those already in place,” Kohavi said.

“It will be up to the political leadership, of course, to decide on implementation, but these plans need to be on the table.”

Netanyahu had threatened possible Israeli strikes against Iran in the run-up to the accord. But a senior Israeli officer, who spoke to reporters in 2015 on condition of anonymity, underscored differences in Israel over the issue by saying a deal had potential security benefits.