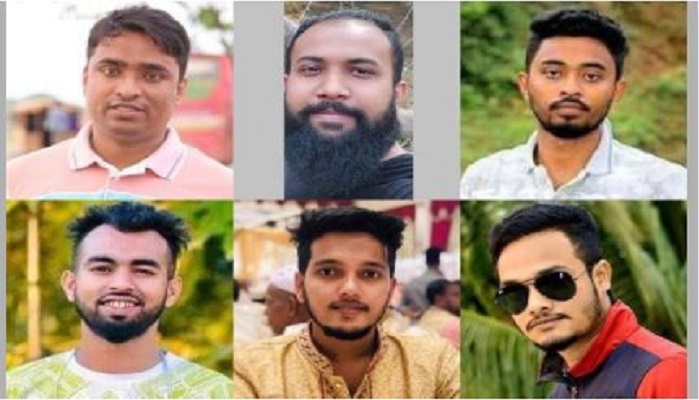 Online desk : Recording of testimonies in Sylhet MC College gang rape case has been deferred again.The delay occurred as the witnesses did not appear though the eight accused appeared before Sylhet Women and Children Repression Prevention Tribunal judge Md Mohitul Huque Chowdhury on Wednesday.
The tribunal’s public prosecutor Rashida Saida Khanam said recording of testimonies of the witnesses from plaintiff’s side were supposed to be taken at the beginning of the trial. But, the plaintiff’s side failed to make them appeared before the tribunal on two dates.

Meanwhile, the plaintiff’s lawyer Shahiduzzaman Chowdhury said two separate cases–one for mugging and the other for gang raping–were filed in connection with the gang rape. On January 24, they appealed before the tribunal to begin both the cases simultaneously as it would delay the trial process if the cases run separately. But, the tribunal dismissed the appeal.

Later, they went to the High Court regarding the matter. As the upper court did not solve the matter yet, they did not brought the accused.

On September 25, a young woman was gang raped allegedly by several BCL activists at MC College while visiting there with her husband.

The BCL men forcibly took the couple to the college hostel at Tilagarh area at about 8:30pm, tying the husband and then raped the wife.

The next day, the victim’s husband filed a case implicating nine people as accused, but mentioning the names of six accused.

Following the filing of the case, all the accused were arrested and they gave confessional statements to court.