WHO experts begin inquiry into Covid-19 origins in Wuhan 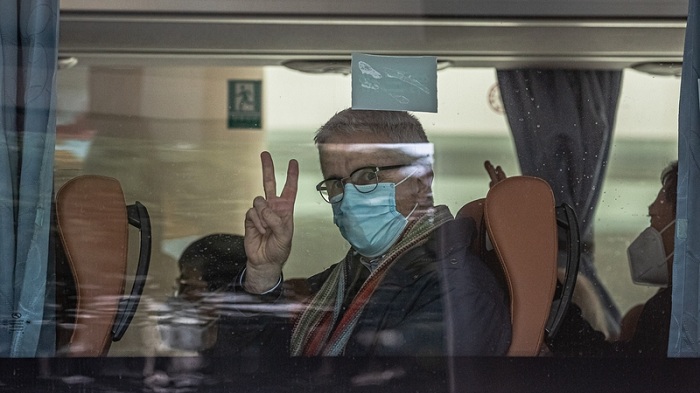 online desk ; A team of experts from the World Health Organization left quarantine in Wuhan to begin a heavily scrutinised probe into the origins of the Covid-19 pandemic, after the US urged a “robust and clear” investigation, report agencies.
The group started a two-week quarantine on arrival on 14 January in the central Chinese city where the first known cluster of virus cases emerged in late 2019.

Wearing masks, they peered at the ranks of waiting media from the window of a bus which whisked them from the quarantine hotel, although it was not immediately clear when and where their investigation will start.

The virus is believed to have come from bats and to have initially spread from a wet market in Wuhan where wild animals were sold as food.

The WHO insists the visit will be tightly tethered to the science of how the virus, which has killed more than two million people and laid waste to the global economy, jumped from animals to humans.

But in a sign of the political baggage attached to their mission, US President Joe Biden’s new administration weighed in before the experts had even left their hotel.

Speaking to reporters last night, new White House spokeswoman Jen Psaki said it was “imperative we get to the bottom” of how the virus appeared and spread worldwide.

Ms Psaki voiced concern over “misinformation” from “some sources in China” and urged a “robust and clear” probe.

China responded by saying the WHO experts must be allowed to work free from “political interference”.

China hopes the US can “respect facts and science, respect the hard work of the WHO international … expert team”, Ministry of Foreign Affairs spokesman Zhao Lijan told reporters, and allow them to work “free from political interference”.