Coronavirus will kill 90,000 more in US next four weeks 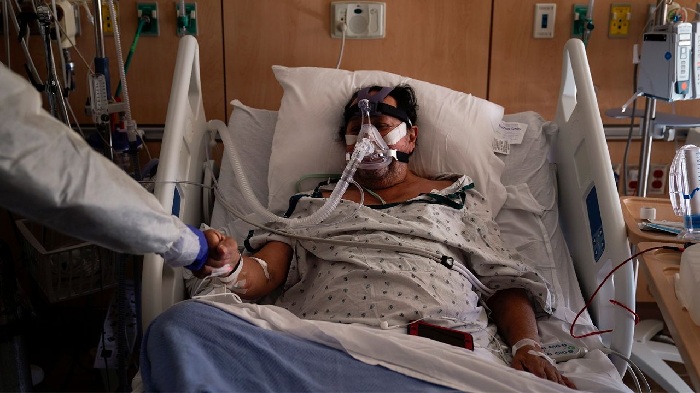 online desk ; The Biden administration launched its new level-with-America health briefings Wednesday with a projection that as many as 90,000 more in the US will die from the coronavirus in the next four weeks — a sobering warning as the government strains to improve delivery and injection of vaccines, reports The Associated Press.
The tone of the hourlong briefing was in line with President Joe Biden’s promise to be straight with the nation about the state of the outbreak that has already claimed more than 425,000 US lives. It marked a sharp contrast to what had become the Trump show in the past administration when public health officials were repeatedly undermined by a president who shared his unproven ideas without hesitation.

The deaths projection wasn’t much different from what Biden himself has said but nonetheless served as a stark reminder of the brutal road ahead.

“I know this is not news we all want to hear, but this is something we must say so we are all aware,” said Dr Rochelle Walensky, the new director of the Centers for Disease Control and Prevention. “If we are united in action we can turn things around.”

The new briefings, set for three times a week, are part of Biden’s attempt to rebuild trust and mobilize Americans to follow health guidance on the coronavirus and to break down public resistance to the vaccine.

Wednesday’s briefing was conducted virtually, with no shortage of technical glitches and audio gaps. Administration officials appeared on Zoom from separate locations, in keeping with the Biden administration’s efforts to model best practices for safe work habits in the pandemic.

One by one, the officials laid out administration efforts to contain the virus, speed vaccinations and bring Americans along with the effort.

Dr Anthony Fauci, the nation’s top infectious disease expert, said there was reason to be concerned about the impact of some coronavirus mutations on vaccines, but he also said scientists have plenty of options for adjustments to maintain effectiveness.

Fauci said there was particular concern about the so-called South African variant because lab tests have shown it can diminish the protective power of the vaccines approved to date. He stressed that the level of protection provided was still well within what he called the “cushion” of vaccine effectiveness, but added that the government was working with pharmaceutical companies on potential “booster” shots for the new variants.