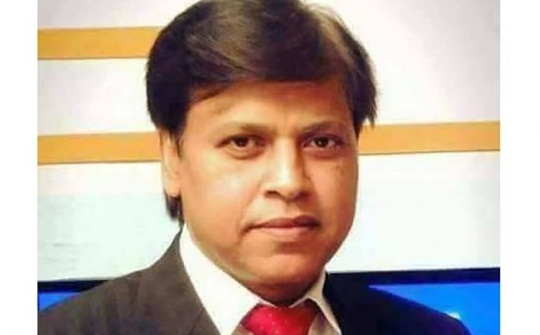 Online desk : A court in Kuwait has sentenced Bangladeshi lawmaker from Lakshmipur-2 constituency Kazi Shahidul Islam Papul to four years’ imprisonment on Thursday.
The criminal court headed by Counselor Abdullah Al-Othman handed down the verdict in a much-talked about money laundering and human trafficking case. It also fined the Bangladeshi lawmaker 1.9 million dinars, which is equivalent to Taka 53 crore.

However, Selina Islam, wife of the MP and also a reserved seat lawmaker, said she was still unware about the verdict.

“I’m trying to know the matter. Can you please call me later,” she said.

Kazi Papul, an independent lawmaker, was arrested in Kuwait on June 6.

Receiving complaints from at least five Bangladeshi nationals who claimed to have been trafficked, the Kuwaiti prosecutors charged Papul with human trafficking, money laundering and torture on expatriates.

During the interrogation by the Kuwait Criminal Investigation Department, Kazi Papul confessed to bribing Kuwaiti officials, and his statement was published in different media outlets.

The Kuwaiti authorities had earlier frozen his bank accounts.

The Anti-Corruption Commission and the Criminal Investigation Department in Bangladesh have also initiated several investigation against the lawmaker.

Major General Mazen Sheikh Mazem Al Jarrah, assistant under-secretary of the Interior Ministry in Kuwait, is also among the accused.

According to the Bangladesh constitution, a convicted and imprisoned lawmaker is no longer eligible to hold the post of a member of parliament.