Shakrain during the new normal in Bangladesh 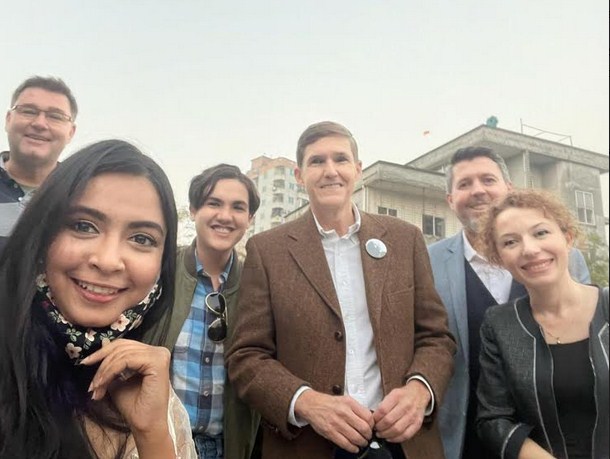 Online desk ; One of the traditional festivals of Bangladesh is the Classic Festival of Old Dhaka. Although the origin of the festival is Dhaka, it has now spread all over the country. Like every year, this time the people of Dhaka and all over the country have celebrated this festival in isolation. The scope of the event was small due to the global outbreak of corona.

‘Shakrain’ festival has been celebrated this year in compliance with the health rules. But despite the corona pandemic, officials of the US Centers for Disease Control and Prevention (US CDC) and their Asian partner, Seftynet, have observed how people celebrated the festival.

In the beginning, they partially supported this traditional kite festival. Colonel Dr. Syed Hassan Abdullah (Retd.), Country Director of SafetyNet in Bangladesh, said they took part in the event as a way to promote the safe celebration of the “new normal life” during the ongoing epidemic.

The whole of Bangladesh seemed to be a piece of the roof around the ‘Shakrain ’ festival. The colorful kite flying in the sky, the beat of the native drums and the spinning of that kite, the blowing of lanterns and the arrangement of fireworks are like a formal festival. The main attraction of the festival was the colorful costumes and excitement of everyone around the festival.

Bengalis mainly celebrate Poush Sankranti as a kite festival. The Sanskrit word ‘Sankranti’ later took the form ‘Saccharin’. At the juncture of Poush and Magh months, the people of Dhaka celebrate this festival. However, in old Dhaka, Poush Sankranti or Sakhrain has taken the form of a public Dhaka festival.

Nowadays, besides flying kites all day long, the sky of the city on the banks of the Buriganga is filled with colorful fireworks and colorful lanterns in the evening. ‘Saccharin’ is a popular and important festival of Bangladeshi culture. It is seen as a symbol of unity and friendship. The festival was organized at the house of Nurjahan Begum, the first female journalist of Bangladesh known as Nasiruddin Smriti Bhavan to make that unity and friendship known to the world.

Earl Robert Miller, the US ambassador, expressed his excitement after being able to take part in the festival for the first time. He joined the festival with his children. He was amazed to see with his own eyes how colorful the people of Bangladesh are even in small events. Not only the US Ambassador, but also The Flag Girl, Priota Iftekhar was joined by the Ambassador of the Republic of Kosovo, Gunnar Urea, the Deputy Chief of Mission of the Swiss Embassy, Karin Henchoz Piganani, the Deputy Chief of the Afghan Embassy, Mr. Phibab, About 30 guests, including Christian Hope V Reyes, third secretary and vice consul at the embassy, and Alexander Husler, general manager of Radisson Blu Dhaka, attended.