Elections to 63 municipalities on Saturday 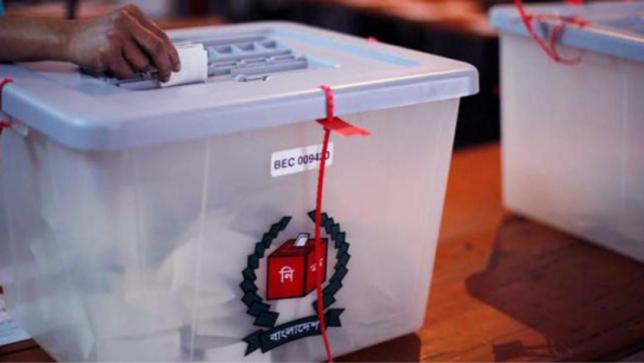 Online desk : Elections to 63 municipalities in the country will take place on Saturday (Jan 30) under the third phase.
Voting will start at 8:00am and continue till 4:00pm without any break at these municipalities.

He said necessary instructions have been given to law enforcing agencies to check any kind of irregularities during the voting.

EC’s additional secretary Ashok Kumar Debnath said ballot papers would be sent to the polling centres of the respective municipalities on the voting day.

Under the third phase, voting will be held at all the municipalities through ballot papers.

Under the third phase, a total of 37 people’s representatives have been elected without contest. Of them, three are mayors, 9 reserved councilors, and 25 general councilors.

Three mayors have already been elected uncontested in three municipalities. These are Laksham in Cumilla, Morelganj in Bagerhat and Tungipara in Gopalganj.

Four tiers of security measures have been taken in all the municipalities on the election day. Members of BGB, RAB, police and Ansar will remain deployed on the ground to maintain law and order during voting, the EC officials said.

Besides, 63 judicial magistrates have been appointed in 63 municipalities for five days. They have been asked to discharge their duties two days before the election, election-day and two days after the election.

Plying of motorcycles in the municipalities has remained stopped from Thursday (Jan 28). Movement of motorcycles will remain suspended till 6:00am on Sunday (Jan 31).

However, engine-driven small riverine transports will be able to ply facilitating the movement of voters.

Election in Sujanagar municipality was postponed on Thursday.