Babubazar Bridge, 12 other bridges to be rebuilt after dismantling 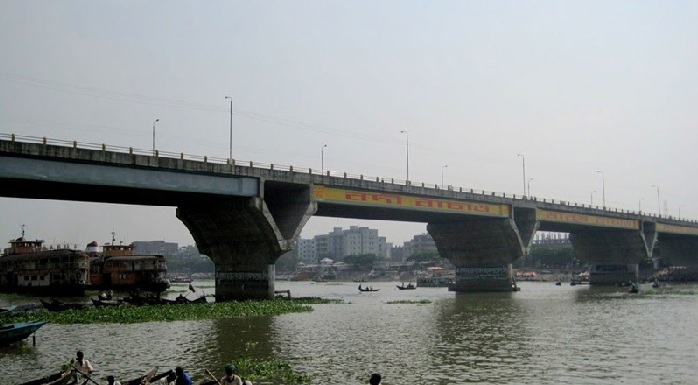 Online desk : In order to keep the plying of riverine transports normal, 13 bridges including the Babubazar Bridge will be reconstructed after dismantling, said Local Government minister Md Tajul Islam on Thursday.

He was talking to journalists following a committee meeting at the Local Government Division’s conference room on Sunday afternoon.

The Local Government minister said: “A number of bridges have been built for the movement of transports over some rivers situated in and around Dhaka. “When those bridges were built, perhaps all other aspects were not taken into consideration. But, today’s reality is different. Since Bangladesh has been dreaming to become a developed nation, the prime minister is working toward that direction. So, we must lay emphasis on riverine transport management. We have no alternative but to increase the heights of the bridges. Otherwise, the river transporation will be badly affected.”

Tajul Islam said 13 bridges have already been identified by the committee. These are: 6 bridges belonged to LGED, 6 belonged to the Bridges Division and one belonged to the Ministry of Railway. “The committee will start their technical work soon so that the riverine transport system can be kept normal by raising their height.”