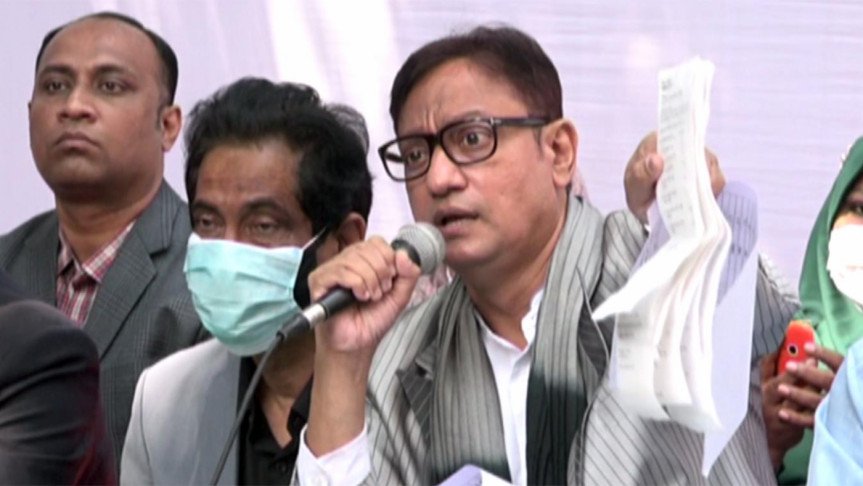 Speaking at a press conference at BNP office in Chattogram’s Kazir Deuri area, he also demanded reelections to the CCC by cancelling the ‘manipulated’ results.

In a written statement, Dr Shahadat said he sought the hourly voting updates from the election officials during the elections, but they failed to provide it.

“I myself visited the EC office twice during the election and sought a printed copy of the vote count, but they gave us a copy on a white paper. They snatched 4 to 5 percent of my votes by indulging in fraudulence”.

The BNP candidate said three cases will be filed against the EC for specific allegations of changing the election results through vote frauds, deceiving him by giving the assurance of credible polls and announcing the ruling party mayoral candidate winner showing an unusual number of votes in favour of him on white papers instead of presenting machine generated printed copy.

He said the returning officer announced around 1:45 am that 22 percent votes were cast in the polls, but the actual voter turnout was only 7.5 percent.

Dr Shahadat said the presiding officers at different polling stations did not sign the cards of his polling agents while ruling party supporters and even police obstructed them from going to different centres.

He also said the election results were not announced from every centre after the vote counting as per the rules.