Individuals willing to get vaccine must register by Feb 5 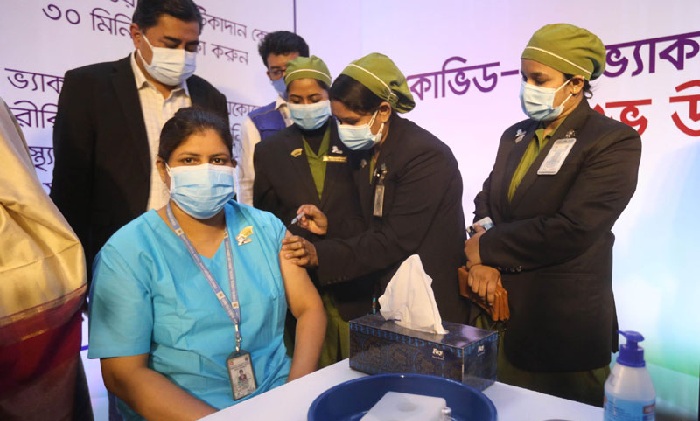 Online Desk : Prime Minister’s Principal Secretary Ahmed Kaikaus has said that the individuals interested to receive Covid-19 vaccine, ‘COVISHIELD,’ must complete the registration of their names and national identity numbers by February 5.
It was confirmed by Prime Minister’s assistant press secretary MM Imrul Kayes on Sunday.

Sheikh Hasina, who witnessed the administration of the first five vaccine shots, thanked God and said, “We have been able to buy and bring the vaccine in time. And we will be able to protect the people by administering the doses from today.”

“Today is a historic day for Bangladesh,” the prime minister announced. “Many countries in the world are yet to start inoculating their populations, but we’ve done it despite having a dense population and limited economic power. Today, it has been proved that we work for the welfare of the people.”

A total of 26 people were inoculated on Wednesday. Five hospitals in Dhaka also administered the shots on around 500 others on Thursday.