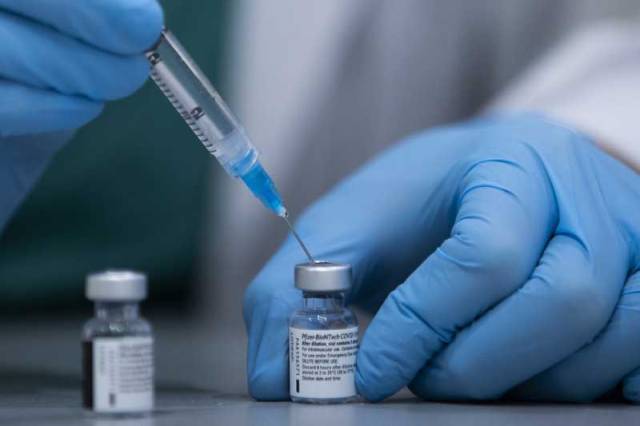 The suspects are accused of selling pre-filled saline syringes as coronavirus vaccines at high mark-up prices.

The report said police in Beijing and the eastern provinces of Jiangsu and Shandong had taken part in the operation and had tracked the places where the counterfeits had been produced and sold, locating an undisclosed number.

The arrests come as China is ramping up its vaccine production capacity. The authorities say 24 million doses have been administered so far, and the goal is to immunise 50 million people before the Lunar New Year holiday later this month.

Xinhua’s report said the police would crack down on vaccine-related crimes, including the sale and manufacture of fake vaccines, and reminded the public to get the vaccine through official channels to avoid fakes.

A poll by the World Economic Forum in December indicated that Chinese citizens were the most willing to receive the vaccine out of the 15 major economies surveyed, with 80 per cent saying they would take it if it was available.

The law was introduced after a series of safety scandals involving the pharmaceutical industry, including one case where vaccine maker Changchun Changsheng Bio-technology was found to have sold more than 250,000 substandard DPT vaccines – designed to protect babies against diphtheria, whooping cough and tetanus – in Shandong province.

Changchun Changsheng was fined 3.4 million yuan (US$526,000) by a provincial regulator – a small sum for a listed company that reported net profits of 566 million yuan and received 48.3 million yuan in government subsidies in 2017.

The following year the company was found to have falsified production data for its rabies vaccine, this time receiving a much heavier fine of 9.1 billion yuan.

The authorities said that more than 80 officials had been fired or demoted over the scandal, and four officials from the food and drug regulator handed over to prosecutors. The company’s chairwoman and 14 employees were also arrested.

Vaccination specialists warned at the time that the incident would undermine the public’s already weakened confidence in vaccines.