Myanmar shuts down all flights in country 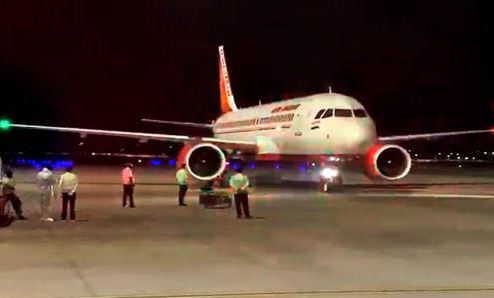 Online desk : The Latest on the military takeover in Myanmar (all times local):3:10 p.m.Myanmar’s government agency in charge of air travel says it has stopped all passenger flights in the country, reports AP.
The U.S. Embassy in Myanmar said on its Facebook page that the road to the international airport in Yangon, the country’s s biggest city, had been closed Monday. On Twitter it said that “reports indicate that all airports in Myanmar are closed.”

The U.S. Embassy also issued a “security alert” saying it was aware of the detention of Myanmar’s leader Aung San Suu Kyi as well as the shutdown of some Internet service, including in Yangon.

“There is potential for civil and political unrest in Burma, and we will continue to monitor the situation,” it said, using Myanmar’s former name.

The U.S. State Department earlier issued a statement say it was “alarmed” by Monday’s military takeover.

China said it was still gathering information about Monday’s developments in Myanmar.

China is one of Myanmar’s most important economic partners and has invested billions of dollars in mines, infrastructure and gas pipelines in the Southeast Asian nation.

Foreign Ministry spokesman Wang Wenbin said at a daily news briefing: “We have noted what happened in Myanmar, and we are learning the further situation now,”

He added: “China is a friendly neighbor of Myanmar. We hope that all parties in Myanmar will properly handle their differences under the constitutional and legal framework and maintain political and social stability.”

While China’s ruling Communist Party tends to favor fellow authoritarian regimes, it has had a fractious history with Myanmar’s military, sometimes related to its campaigns against ethnic Chinese minority groups and the drug trade along their long, mountainous border.
1:40 p.m.
Myanmar’s military has announced it will hold a new election at the end of a one-year state of emergency it declared Monday when it seized control of the country and reportedly detained leader Aung San Suu Kyi.

The announcement on military-controlled Myawaddy TV came after an earlier declaration that because national stability was in jeopardy, all government functions would be transferred to military chief Senior Gen. Min Aung Hlaing under a provision in the 2008 constitution that was issued under military rule.