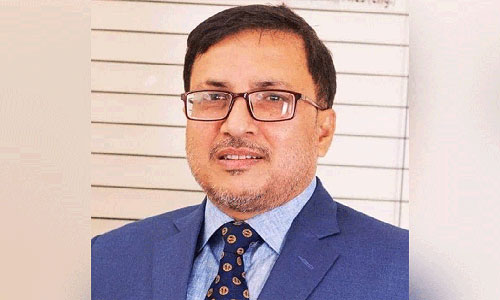 Online Desk ; Health workers in Bangladesh will not be able to leave their workplaces until February 10 as the government is set to roll out its nationwide vaccination campaign, said the Directorate General of Health Services (DGHS) on Monday.

The government has cancelled the leave of health workers as it is getting ready to launch its nationwide Covid-19 vaccination campaign next week, said DGHS DG Dr ABM Khurshid Alam said, reports UNB.

Speaking with civil surgeons, upazila health officers and directors of medical college hospitals at an online meeting, the DG, however, said the vaccination campaign would remain closed on public holidays.

Nasima Sultana, another DGHS additional director general, said: “All the initial recipients of the vaccine, including me, are doing well.”

Earlier on Sunday, Khurshid Alam said vaccine doses will reach 64 districts of the country by Monday as the mass vaccination drive is set to begin on February 7 and 7,400 health teams have been working to carry out the vaccination drive.

The health ministry rolled out the inoculation drive at five government hospitals in Dhaka the next day.

Bangladesh received 70 lakh doses of the Oxford-AstraZeneca Covid-19 vaccine, 2 million as a gift from India and five million as part of a contract with India’s Serum Institute.

Bangladesh plans to inoculate 80% of its population and the Covid-19 shots will be administered in five stages under three phases, according to the national vaccine distribution and preparation plan.