Country to deserve quality of middle income one this year: Lawmakers 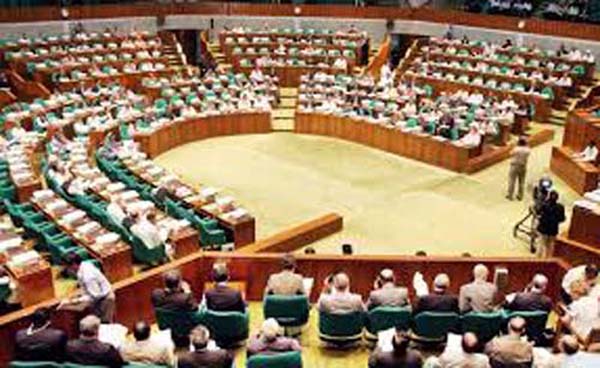 Online desk ; Lawmakers on Monday said Bangladesh will finally deserve the quality of a middle income country during this year describing that the year 2021 as very much significant for the nation.

“Bangladesh will deserve the quality of upgrading a middle income country by this month …as the year 2021 is being considered very much important for this national achievement,”said Finance Minister AHM Mustafa Kamal while taking part in the general discussion on a thanksgiving motion on the President’s speech in the House here, reports BSS.

At the same time, Finance minister said the year 2021 is also important for celebrating the Mujib Bhorso and the golden jubilee of the independence.

Kamal said the ongoing pandemic caused a depression for the economy throughout the world, adding that the economic turmoil due to the pandemic was more devastating compared to the economic depression held in last decade. He urged all the quarters to enhance their support to the government for fulfilling the dream of Bangabandhu Sheikh MujiburRahman to be developed country by 2041 led by prime minster Sheikh Hasina.

To fight against the pandemic, he said the government led by Prime Minister Sheikh Hasina has announced incentives of Taka 1,21,353 crore and 21 stimulus packages in an attempt to recover the economy from the ongoing disaster.

Participating in the discussion, Begum MatiaChowdhury said the government led by Prime Minister Sheikh Hasina has proved wrong all the negative forecasts on the economy by the analysts during the pandemic and has been able to keep the GDP growth and livelihood of the lower income people full functioning.

Criticizing the BNP leaders, the veteran treasury bench lawmaker said although Sheikh Hasina has been lauded globally for her contribution during the pandemic, but the BNP didn’t get any such recognition during their regime. But the BNP became champion for five times for committing corruption, she added.

Highlighting the Padma Bridge construction, she said, “the government led by Prime Minister Sheikh Hasina has constructed the multipurpose Padma Bridge which is visible now. But the BNP is never admitting such big achievement of the government,”she added.
Talking about corruption, Workers party lawmaker Fazley Hossen Badsha urged the government to reshuffle the existing anti corruption regulation and also to strengthen the Anti-Corruption Commission (ACC) in order to tackle the corruption effectively.

The lawmakers thanked President Abdul Hamid for elaborating the development and progress of the country which have been taken place during the tenure of the present government.
The lawmakers highlighted the successes of the present government in different vital sectors like education, power, agriculture, health, infrastructure development, economyand food production.

The lawmakers also thanked the President for giving a timely speech highlighting the successful stories of the government and guiding the nation towards peace, progress and prosperity.

Earlier, they paid a rich tribute to Father of the Nation Bangabandhu Sheikh MujiburRahman for his contribution to establishing an independent Bangladesh.