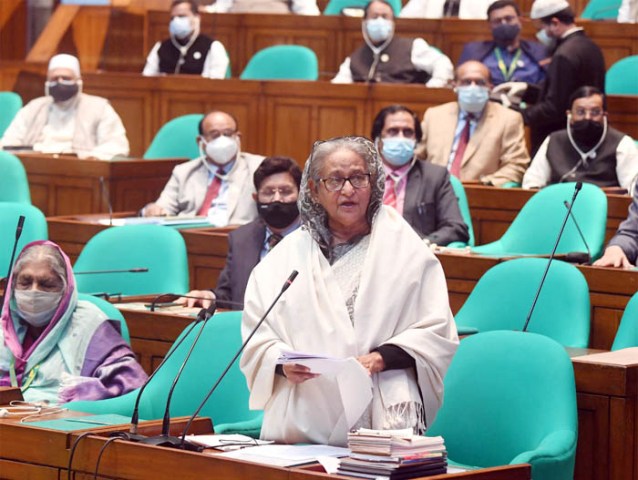 Online desk ; Mentioning that BNP is now suffering from a leadership crisis, Prime Minister Sheikh Hasina on Tuesday said people do not trust the party that have convicted and fugitive people in its helm.

“Today, BNP has a leadership crisis…people have no trust and confidence in a party that has convicted and fugitive people in its leadership,” she said in her valedictory speech in the 11th session of the 11th parliament, UNB reports.

Sheikh Hasina, also the Leader of the House, said Awami League has earned public trust and confidence that is reflected on the recent local body elections.

“Since people are getting the services from Awami League and the country is making progress, Awami League has earned their trust. We’ve seen its reflection on local government elections,” she said.

The Prime Minister said people are sincerely casting their votes through electronic voting machines (EVM) and there is no scope for vote-rigging through EVMs.

There is no way for influencing the election through muscle power in EVMs, she said adding, “Yes, problems may appear among councillor candidates in some places during the local body elections (local body).”

In an oblique reference to Khaleda Zia and Tarique Rahman, Hasina questioned how a party can work for people when those who had to serve jail term for graft and embezzlement of money of orphans and got convicted in the 10-truck arms haul and grenade attack cases are there in the party leadership.