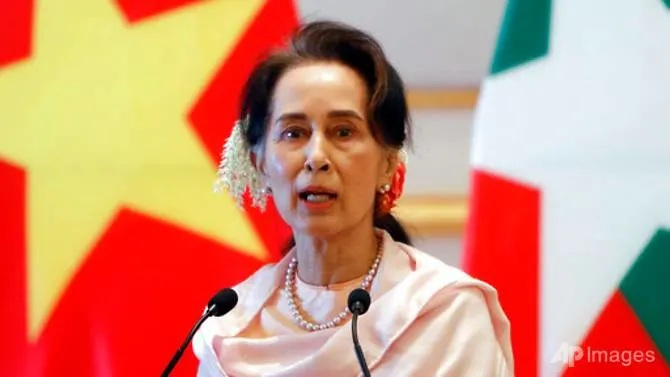 Online desk ; Myanmar police have filed charges against ousted leader Aung San Suu Kyi for allegedly illegally importing communications equipment and she will be detained until Feb 15, according to a police document seen by Reuters on Wednesday (Feb 3).

Myanmar’s army seized power on Monday, detaining Nobel laureate Aung San Suu Kyi and cutting short a transition to democracy in a takeover that has drawn condemnation from the United States and other Western countries.

According to stamped police documents also seen by AFP, a military team from the commander-in-chief’s office searched Aung San Suu Kyi’s residence at 6.30am on Monday.

They found at least 10 walkie talkies and other communication devices.

These devices were considered evidence to “file a lawsuit to take action against Daw Aung San Suu Kyi who had imported and used these communication devices without permission”.

The document said Win Myint, his wife and his daughter had taken part in a campaign event in September that drew hundreds of people – actions that flouted COVID-19 restrictions.