Railway to get high-speed 130km per hour engines soon 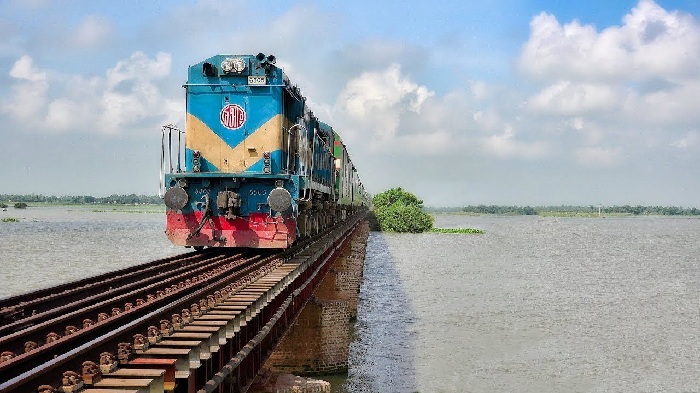 Online desk ; Forty high-powered broad gauge engines, procured from the United States, are going to be added to the Bangladesh Railways.
“The maximum speed-limit of these newly purchased broad gauge enginees is 130 km per hour. These high speed engines will be delivered to Bangladesh in the next month (March),” said Railways Minister Md Nurul Islam Sujan while talking to a delegation of Crime Reporters Association of Bangladesh (CRAB) at his office at the Bangladesh Secretariat in the capital on Wednesday.

Besides, the Railways Minister said eight meter-gauge engines will be procured from South Korea.

He said the rail connectivity between Cox’s Bazar and rest of the country will start at the end of next year (2022).

Replying to the queries of CRAB leaders, the Railway Minister said work is going to set up four more large railway stations to expand the rail connectivity across the country. “Fifty dilapidated rail stations will be repaired and modernised in the current fiscal. The station platforms which have less height will be rebuilt with more height.

Responding to another question, Md Nurul Islam Sujan said plying of trains would start between Bhanga and Mawa on the very first day of inauguration of Padma Bridge. Rail connectivity would get a new dimension following the completion of Padma Bridge.