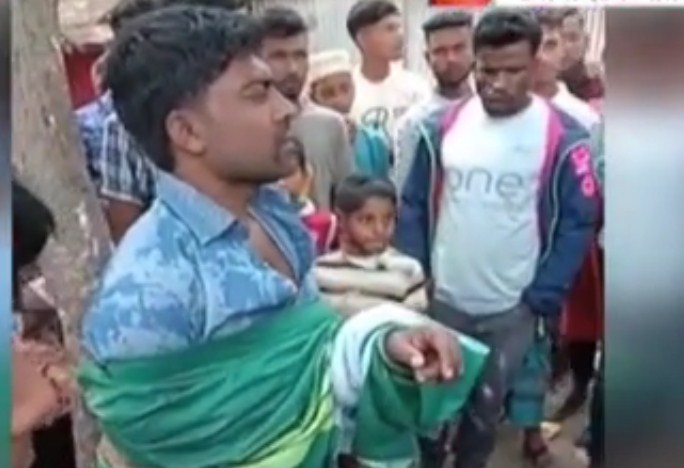 The accused Rois Uddin, 40, was arrested on Wednesday, Tahirpur Police Station Sub-Inspector Dipankar Bishwash said.
On Monday, four other accused were arrested over the incident based on the CCTV footage, Dipankar said.

Kamal Hossain, the injured journalist, filed a case against five people on Tuesday. He is the upazila correspondent of Dainik Shangbad and Dainik Shubho Pratidin. The journalist is also the organisational secretary of Tahirpur Upazila Press club.

According to the case statement, several people interrupted Kamal when he was taking photos of the illegal lifting of sand from the River Jadukata.

They snatched away Kamal’s camera, mobile phone, and motorcycle and tortured him after tying him to a tree. Upon rescue, the critically injured journalist was rushed to Tahirpur Upazila Health Complex.

The illegal lifting of sand and stone from the banks of the River Jadukata has been an issue of serious debate in the area for years. However, no move was made despite protests, the locals said.

Upazila Nirbahi Officer Padmashan Singha said, “The lifting of sand and stone from the River Jadukata is illegal. The upazila administration regularly carries out a drive in the spot.”

“The sand and stone lifters run away when we conduct drives. And they resume their illegal activity when the administration officials are gone.”