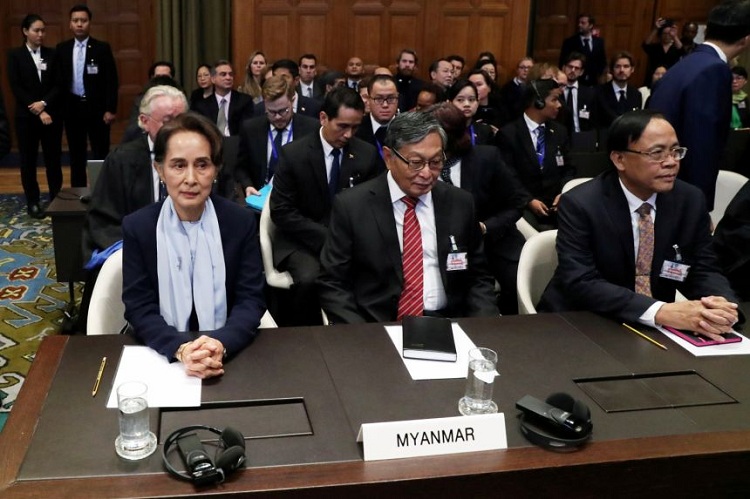 Online desk ; The Gambia, which lodged a lawsuit against Myanmar in 2019 seeking to prevent a genocide of the Rohingya minority, on Wednesday demanded that coup leaders there protect the group.

“We are gravely concerned that the same military leadership that marginalised the Rohingya has now seized full control of the Myanmar government,” the information ministry said in a statement.

“We fear they may launch another so-called “clearance operation’’ to rid the country of the approximately 600,000 Rohingya who survived the last round of human rights violence,” said the statement, adding that Banjul was “monitoring events very closely.”

Since August 2017, around 740,000 Rohingya have sheltered in neighbouring Bangladesh, fleeing the ravages of the Myanmar military and Buddhist militias.

The exact number of Rohingya killed in the violence is unknown but humanitarian groups estimate the toll at several thousand.

The Gambia, a small English-speaking country in West Africa, had the support of the 57 members of the Organisation of Islamic Cooperation (OIC) in lodging the suit against Myanmar before the International Court of Justice (ICJ).

The suit accused Myanmar of violating the 1948 UN convention against genocide, a charge rejected by the head of the de facto government in Yangon, Aung San Suu Kyi — who was overthrown on Monday by the army.

In January 2020, the ICJ, rejecting arguments made personally by Suu Kyi in The Hague, imposed urgent interim measures on the predominantly Buddhist nation, ordering it to cease the commission of genocidal acts, prevent the destruction of evidence of crimes against the Rohingya and report back to the UN every six months.

It ordered Myanmar to protect the Rohingya still in the country from further exactions, pending a final ruling in the case, which could take years.

On Wednesday, the Gambian government wrote that the ICJ’s interim measures “are binding on Myanmar no matter who heads the government” and demanded that the putschists “abide by the court’s orders and Myanmar’s international obligations.”