Creating nuisance: Over 400 teenagers detained from Hatirjheel since Jan 26 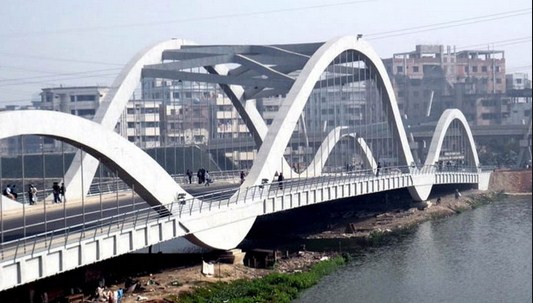 Online Desk : At least 400 teenagers have been detained during special drives over the last nine days since January 26 in Hatirjheel area, a popular recreational spot for residents of the capital, on charge of harassing visitors.

Hatirjheel Police Station and special team of Dhaka Metropolitan Police (DMP) have been conducting the special drives in and around Hatirjheel to keep the leisurely activities of the people smooth, peaceful and harassment-free.

Around 400 teenagers were detained during the drive till Wednesday, said Additional Deputy Commissioner (ADC) of Tejgaon Industrial zone under the DMP Hafiz Al Faruq.

As most of the arrestees are minors, they have been handed over to their respective parents on condition that they (Parents) will go to the Hatirjheel police station to inform about their kids once every week, he said.

Additional police members were deployed in both uniform and white clothes from January 26 in order to keep the peace in Hatirjheel. In addition, the mobile patrol teams were also on duty there from the day to maintain security.

In the post, a respected citizen said that in the Hatirjheel area of the capital, the entertainment lovers, who come for leisure entertainment and have a good time, are being harassed by some teenagers, he said.

In a prompt action, the Hatirjheel Police Station carried out a raid in the Hatirjheel area on 26 January night and arrested 26 teenagers on charges of harassing people visiting the area. Later, 34 of them were handed over to their respective parents as they were minors, the AIG (Media) said.

With this latest detention, 343 teenagers were arrested in the public recreation space during raids in eight days till February 2. Of them, three were shown arrested under three regular cases and 71 teenagers were taken in police custody over creating nuisance in public place under the Dhaka Metropolitan Police Ordinance and the rest were handed over to their respective guardians, he added.

Contacted, DC (Tejgaon division) Harun-ur-Rashid, said police has been carrying out regular drives in Hatirjheel area every day to keep the environment free from harassment. It is a continuous process. However, they have carried out a special drive following the instruction of Police headquarter.

According to media reports, teenagers sometimes lock in clashes due to rivalry. A teenager identified as Shipon, 18, an employee of a motor mechanic shop, was stabbed to death and another identified as his co-worker Manik, 16, injured in the area in 23 February, 2020.

The incident took place when they and were standing near Begunbari in the evening, when four to five youths arrived there and started stabbing them indiscriminately.

Even Police carried out similar drives in September 2019 to check such harassment and over 100 were detained then.