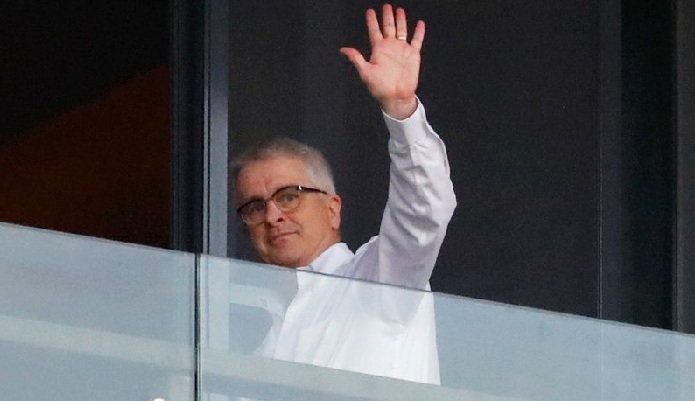 Online desk : A member of the World Health Organization-led team visiting the central Chinese city of Wuhan said he has been surprised by the complexity of getting to the origins of the COVID-19 pandemic and that years of research lay ahead, reports Reuters.

Dominic Dwyer, a microbiologist and infectious diseases expert, said the team in Wuhan had received the access it requested from Chinese authorities as it tries to understand the early days of the novel coronavirus outbreak first identified in Wuhan.

“Everybody knows how it really exploded out of Huanan market in Wuhan, but the key is what was happening around that time and before,” Dwyer said.

The origin of the coronavirus has become highly politicised following accusations that China was not transparent in its early handling of the outbreak. Beijing has pushed the idea that the virus could have originated elsewhere.

Dwyer, an Australian specialist in HIV/AIDS who previously worked with the WHO during the SARS and avian flu outbreaks, said the “conundrum” of COVID-19 was that early asymptomatic carriers may not have known they had it.

“It would be naive to think that we’re going to get virus zero,” Dwyer said. The early cases were identified in November, “but it’s just the bit beforehand that’s the very interesting part and the tricky part and the difficult part”.

Dwyer echoed his teammate Peter Daszak, a zoologist and animal disease expert, in his emphasis on the difficulty of understanding the disease.

“Even SARS, even Ebola, we have some good ideas, but no one knows,” Daszak told Reuters on Thursday. “HIV: we don’t know the exact circumstances.”

The investigators have visited hospitals, research facilities and the seafood market where the first outbreak was identified, although their contacts in Wuhan are limited to visits organised by their Chinese hosts.

Dwyer said the team had finished its site visits and was preparing to present its findings as clearly as possible, given the intense level of interest, before the team’s 28-day visas expire towards the end of next week.

He said that more work needed to be done investigating how the virus could have been transmitted by animals, including bats, as well as into antibodies to coronavirus in people who did not show symptoms of the disease.

The short term was “reviewing what we know now and bringing all that data together and there are going to be a series of longer term projects, and this could take some years,” Dwyer said.