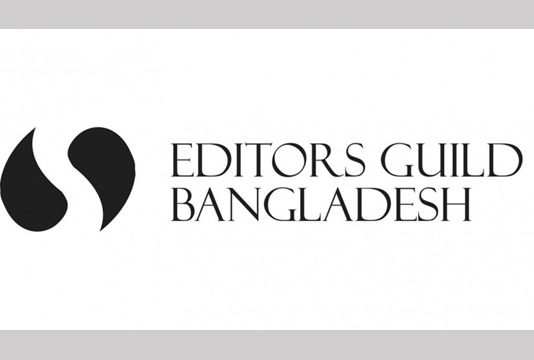 Online desk : The Editors’ Guild of Bangladesh on Sunday termed the Al Jazeera’s documentary titled “All the Prime Minister’s Men” as an example of “bad journalism”, saying that it violated journalistic ethics in many ways and was politically motivated and biased.

“Though the entire documentary was made centering a family, the title was “All the Prime Minister’s Men,” said a statement signed by Editors’ Guild President Mozammel Babu here today.

The Editors’ Guild, an association formed to protect editorial freedom and promote responsible journalism in the country, said that the documentary was titled “All the Prime Minister’s Men” without any evidence mentioning allegations published earlier by different media, which is “bad journalism”.

The documentary which is politically motivated and biased can never be an example of investigative journalism, the Editors’ Guild observed.

“The documentary is based on some informal talks. No acceptable evidence was presented to prove that,” the statement said.

Millions of Euros, according to the documentary, were invested in Hungary and France, but no source of the fund was shown in that, it said, adding, “There were only verbal statements about money transactions to help get government projects. Al Jazeera could not show any official statements of the European Union or countries concerned in support of those allegations”.

The original copy of email threatening Sami with life was not shown in the documentary, which made the credibility of reported threat questionable, the Editors’ Guild pointed out.

The Editors’ Guild also questioned the acceptability of the report as it did not have statements from the governments of the countries – Hungary, France and Malaysia – where the people were shown to have travelled with forged documents, passports and laundered money.

The footage shown in the documentary was captured with hidden camera, which should not be done by a standard media outlet, the Editors’ Guild said, adding, “The documentary goes against journalistic norms as there were no statements of the accused shown in it”.

“The Editors’ Guild thinks that Al Jazeera’s comments—they (accused) were contacted but could not be reached for comments—were unacceptable after their two-year-long investigation,” it said.

Purchasing spyware is a government policy but the documentary showed no evidence of it being purchased from an Israeli company, the statement said, adding that the documentary cunningly showed a blurred image of supposedly Israeli officials, saying they did not want to be named.

The statement said, “One of the interviewees in the hour-long documentary was punished by a Bangladeshi court.”

The Editors’ Guild welcomes any report or programme that is made based on evidence. But a motivated report hampers democracy and journalism as well, the statement added.