Trump on trial in Senate for inciting insurrection 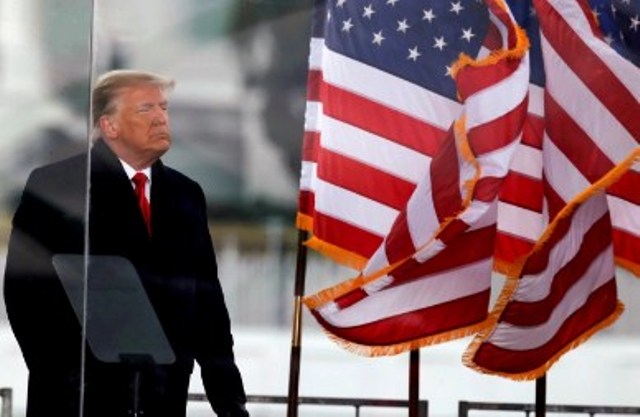 Online desk ; The US Senate puts Donald Trump on trial for inciting insurrection Tuesday, charging into unprecedented constitutional territory and laying bare the national trauma inflicted in the former president’s attempt to overturn his reelection defeat.

The gavel will come down at 1:00 pm (1800 GMT) in the Senate, opening a trial expected to rivet much of the nation.

Inside the ornate building, Democratic prosecutors will lay out a case heavily supported by video evidence that Trump deliberately stoked rage over his election loss to Joe Biden in November, fed the country lies that the vote was rigged, then incited a mob at a January 6 rally to storm Congress.

It will make uncomfortable viewing for senators, including the many Republicans making clear they will not convict Trump, but who had to flee to safety when the violent crowd surged through the Capitol that day.

Outside, thousands of National Guard troops deployed in the aftermath of the debacle continue to patrol, while hastily thrown up fences barricade the area from ordinary Americans — visible proof that the aftershocks of the Trump era continue to rumble.

Trump becomes the first president ever to face two impeachment trials — he was acquitted in 2020 of abuse of office — as well as the first in history to be tried after leaving office.

For Democrats leading the case against the populist real estate tycoon, Trump’s crime is also a first — the “most grievous constitutional crime” in US history.

His legal team is resting its case largely on the procedural argument that a former president cannot be tried, calling the Senate
trial “absurd.”

They also argue that whatever Trump said during his January 6 rally is protected by the constitutional right to free speech and did not amount to ordering the assault on Congress.