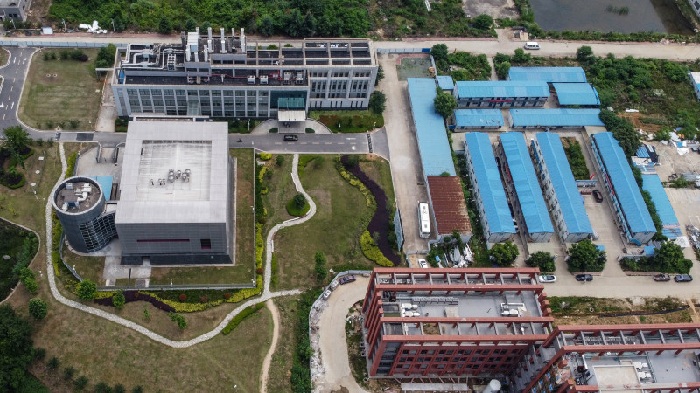 Online desk ; The World Health Organisation (WHO) mission to China to uncover the origins of Covid-19 has failed to identify the animal source, said scientists on Tuesday, reports AFP.
Experts believe the disease, which has gone on to kill more than 2.3 million people worldwide, originated in bats, and could have been transmitted to humans via another mammal.

While transmission from animals was the likely route, so far, “the reservoir hosts remain to be identified”, Liang Wannian, head of the China team, told reporters.

He said studies showed that the coronavirus “can be carried long-distance on cold-chain products”, appearing to nudge towards the possible importation of the disease – a theory that has abounded in China in recent months.

He also said there is “no indication” that the sickness was in circulation in Wuhan before December 2019, when the first official cases were recorded.

WHO foreign expert Ben Embarak, who was based at the health body’s Beijing office for two years from 2009, backed up the assertion, saying there is no evidence of “large outbreaks in Wuhan” before then.

The mission is a diplomatically knotty one, and was trailed before it began by fears of a whitewash, with the United States demanding a “robust” probe and China firing back with a warning not to “politicise” the investigation.

During the closely monitored visit, reporters were largely kept at arms’ length from the experts, but snippets of their findings crept out over Twitter and interviews.

The experts spent one month in China and two weeks in quarantine, with the same amount of time on fieldwork.

However, some parts of the trip were of questionable relevance, including a visit to a propaganda exhibition celebrating China’s recovery from the pandemic.

The WHO mission spent just an hour at the seafood market where many of the first reported clusters of infection emerged over a year ago.

The team members also appeared to spend several days in their hotel, receiving visits from various Chinese officials, without going out into the city.

But, deeper research was carried out at the Wuhan virology institute, where they spent nearly four hours and said they met Chinese scientists, including Shi Zhengli, one of the country’s leading experts on bat coronaviruses and deputy director of the lab.

Former US president Donald Trump has repeated a controversial theory that a lab leak may have been the source of the pandemic.

Scientists at the facility conduct research on some of the world’s most dangerous diseases, including strains of bat coronaviruses similar to Covid-19.

Beijing is desperate to defang criticism of its handling of the chaotic early stages of the outbreak.

It has refocused attention at home – and abroad – on its handling of, and recovery from, the disease.