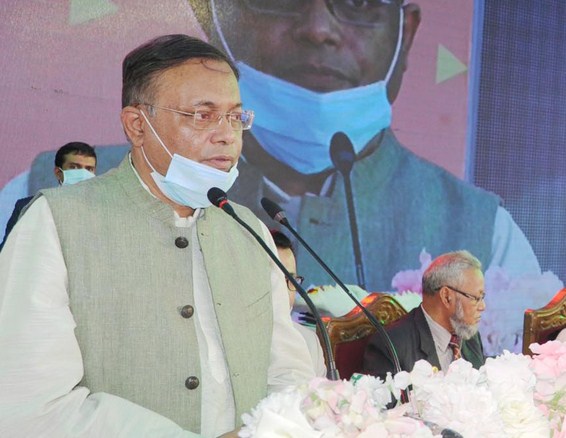 Online desk : Awami League Joint General Secretary and Information Minister Dr Hasan Mahmud Hasan said Ziaur Rahman had worked as Pakistani associate and the then Pakistani army officer wrote a letter to Zia praising his role in the Liberation War.
“Ziaur Rahman rehabilitated those who sided with Pakistan against Bangladesh. He (Zia) made Shah Azizur Rahman as prime minister who did lobby to the United Nations as deputy leader of Pakistan and gave scope of doing politics to the war criminals,” he told a discussion at Bangladesh Betar in capital’s Agargaon area on Saturday.

“In the guise of a freedom fighter, he in true sense acted as an ally of Pakistan. The final decision to cancel his title has not been made yet,” Hasan said.

The minister said MA Hannan, the then president of Chittagong Awami League, read out the declaration of independence given by Father of the Nation Bangabandhu Sheikh Mujibur Rahman from Kalurghat Betar Kendra on March 26, 1971.

“Later, on March 27, 1971, the then Awami League leaders wanted an army officer would read out the declaration. Major Rafique was contacted first but he was busy in the battlefield. Later, Major Ziaur Rahman, who was on his way to Patiya after crossing Kalurghat, was given the task of reading the proclamation,” he added.

The minister said at first he (Ziaur Rahman) read out the declaration wrongly. Later, he read out it correctly on behalf of Bangabandhu, Hasan said, adding that it is needed to let the new generation know the real history.

He said Swadhin Bangla Betar Kendra had also played a major role in the nation building activities in the post-independent era.