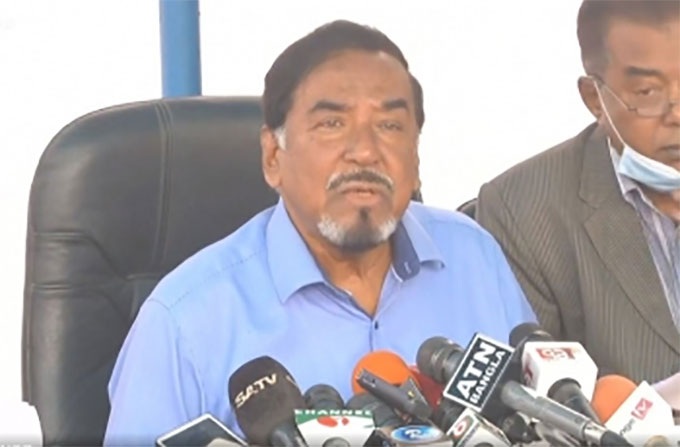 He made the remark while speaking at a protest rally held at Jatiya Press Club auditorium in the capital on Sunday.

“We fought for the independence of this country for nine months. We freed Sylhet on December 15, 1971 fighting under the leadership of the then Major Ziaur Rahman. Shaheed President declared the independence of Bangladesh from Kalurghat Betar Kendra in Chattogram when the country’s people became frightened just before the War of Liberation. The entire nation got inspired hearing his voice. His declaration remains a milestone in the history of Bengali nation,” Hafiz said.

The BNP leader said the word ‘Razakar’ is a very hatred one in Bangladesh. Another word is also going to be approved as a hatred one, which is JAMUKA (Jatiya Muktijuddha Council). The neo-Razakars have resorted to distorting the history of Liberation War. JAMUKA can’t imagine how horrific the War of Liberation was. We brought the independence of Bangladesh sacrificing our lives. The political leaders were refugees at that time. Those who fought for the nation, they deserve minimum respect in this free country.”