India producer to send Canada Covid-19 vaccines ‘within a month’ 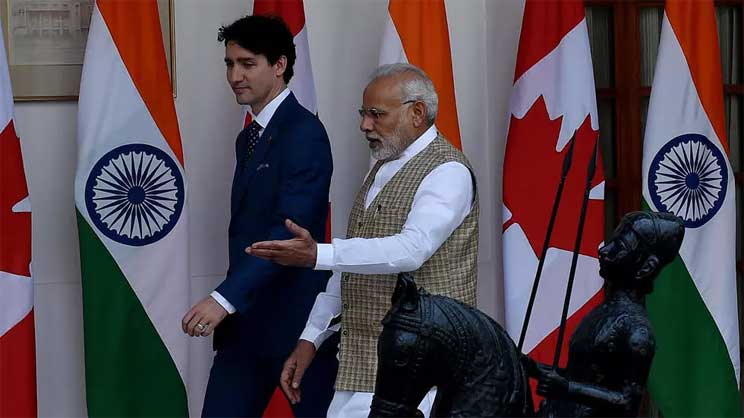 Online desk : The world’s biggest vaccine manufacturer said Monday it would deliver Covid-19 shots from India to Canada “in less than a month”, days after a phone call between the two nations’ leaders following a diplomatic row over protests by farmers.

India — known as the world’s pharmacy — has stepped up worldwide shipments of the jabs manufactured by the Serum Institute of India, which has emerged as a major player in the fight against coronavirus, as a form of “vaccine diplomacy”.

“I assure you, @SerumInstIndia will fly out #COVISHIELD to Canada in less than a month; I’m on it!,” Poonawalla tweeted.

Covishield is the name the Serum Institute uses for the vaccine developed by the British-Swedish firm AstraZeneca with Oxford University, which it mass-produces in India.

Prime Minister Narendra Modi on Wednesday tweeted that India “would do its best to facilitate supplies of COVID vaccines sought by Canada”, following a phone conversation between him and his counterpart in Ottawa Justin Trudeau.

The number of doses to be shipped to Canada has not been disclosed, although the Hindustan Times reported Sunday that there could be an initial shipment of 500,000 shots to the nation of 38 million people.

Trudeau’s government has faced growing criticism in recent weeks after its immunisation effort hit a bump, with no domestic production capabilities and deliveries of the first authorised Pfizer-BioNTech and Moderna doses sourced from Europe delayed while the number of Covid-19 cases spiked.

The Canadian leader in December released a video on Twitter saying the farmers protesting in India against new agriculture laws should be allowed to stage peaceful demonstrations.

Tens of thousands of farmers have camped on roads leading into the capital New Delhi since late November in one of the biggest challenges to Modi’s government since it came to power in 2014.

Trudeau’s comments angered the Indian government, with the country summoning Canada’s ambassador and warning of serious damage to diplomatic ties.

He had refused to back down, saying Ottawa would always back the rights of peaceful demonstrators.

In New Delhi’s readout of the call between the two leaders on Wednesday, the farmers’ demonstration was not specifically mentioned.

But the statement added that the “leaders discussed Canada and India’s commitment to democratic principles, recent protests, and the importance of resolving issues through dialogue”.