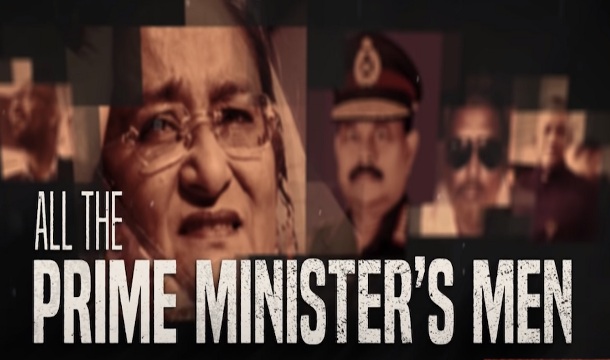 Online Desk ; The Bangladesh Telecommunication Regulatory Commission (BTRC) on Wednesday requested Facebook and YouTube authorities to remove an Al Jazeera television video documentary after the High Court directed the authorities concerned to take steps to remove it from the online platforms.

BTRC chairman Shyam Sunder Sikder told reporters that they made the requests through email and telephone to remove the Al Jazeera content.

“Since the learned High Court gave a directive for the removal of the content, BTRC would take appropriate steps about it,” he said.

The Al Jazeera report, an hour-long film with narration titled ‘All the Prime Minister’s Men’ on February 1 accused the Bangladesh Army chief, General Aziz Ahmed, of providing illegal supports to his brothers, convicted and fugitive, to establish and run businesses abroad, that too, with the tacit approval of the prime minister, Sheikh Hasina.

The Ministry of Foreign Affairs, Bangladesh Army, Home Minister and the ruling Awami League have, however, rejected the Al Jazeera report outright and condemned it as politically motivated ‘smear campaign’.

The High Court on Wednesday directed the government to take immediate step to stop further streaming of the documentary on digital streaming platforms in Bangladesh.

The petitioner sought a directive to block or ban broadcasting of Al Jazeera Television, calling its documentary ‘misleading, malicious and defamatory’.

The court observed that it was not inclined to ban the international TV channel as Bangladesh laws empowered the information ministry to stop telecast of any Television channels in Bangladesh.