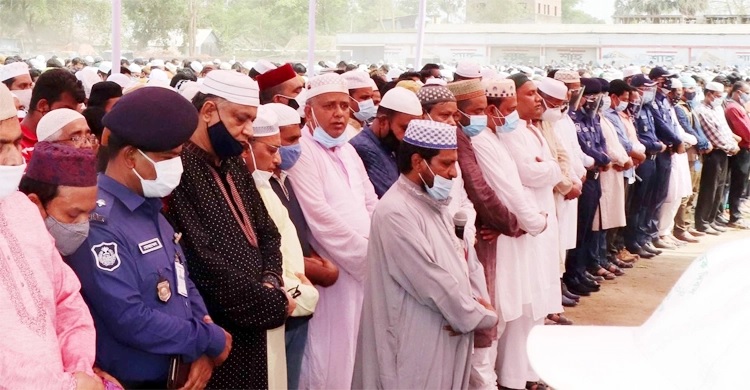 Online desk : Former law minister and freedom fighter Abdul Matin Khasru was laid to rest at his family graveyard in Cumilla after namaz-e-janaza in his home district on Thursday.

People from all walks of life, including his political allies and rivals, took part in janazas of the Cumilla-5 MP.

Khasru, who was elected president of the Supreme Court Bar Association in March this year, died on Wednesday at the Combined Military Hospital in Dhaka. He was 71.

The Awami League presidium member is survived by his two children and wife.

After graduation, he studied LLB at Cumilla Law College and joined Cumilla Judge’s Court in 1978 and enrolled as a High Court lawyer in July 1982.

He was enrolled as a senior lawyer in August 2010.

During his tenure as the law minister, he played a vital role in scrapping the indemnity ordinance, clearing the way for the trial of Bangabandhu Sheikh Mujibur Rahman’s killing.

He enjoyed huge popularity in both the political and legal arena.