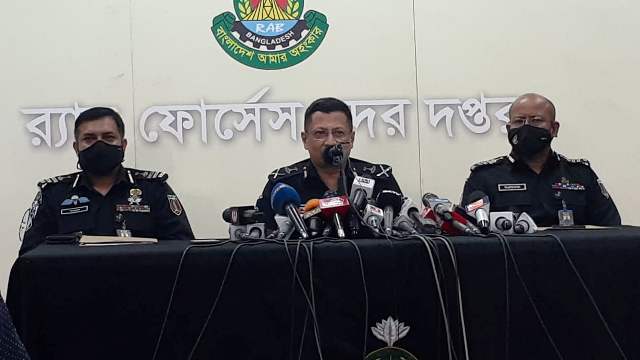 Online desk ; About 1,500 militants have been arrested since the attack on Holy Artisan Bakery in the capital’s Gulshan in 2016, said Rapid Action Battalion.

RAB Director General Chowdhury Abdullah Al-Mamun said this at a press conference held at RAB headquarters on Tuesday ahead of the fifth anniversary of the militant attack on Holy Artisan Bakery.

On July 1, 2016, militants armed with guns and knives stormed the cafe and took around 40 people hostage, including restaurant staff and guests, both locals and foreigners. The militants killed 20 people-nine Italians, seven Japanese, one Indian, one Bangladeshi-born American, and two Bangladeshis-in the overnight terror attack. After the attack, anti-militant operations were intensified in the country.

The RAB DG said, “They are not just stopping by conducting operations against militancy but also running anti-militancy campaign. So far, 16 youths involved in militancy have surrendered. The elite force is working to rehabilitate them.”

Bangladesh has become known in the world as a ‘role model’ in curbing militancy, said the RAB DG.

The RAB director general also spoke about teen gangs. He said RAB is working to prevent members of the teen gang from getting involved in militancy. He asked the parents to look after about what their children do.