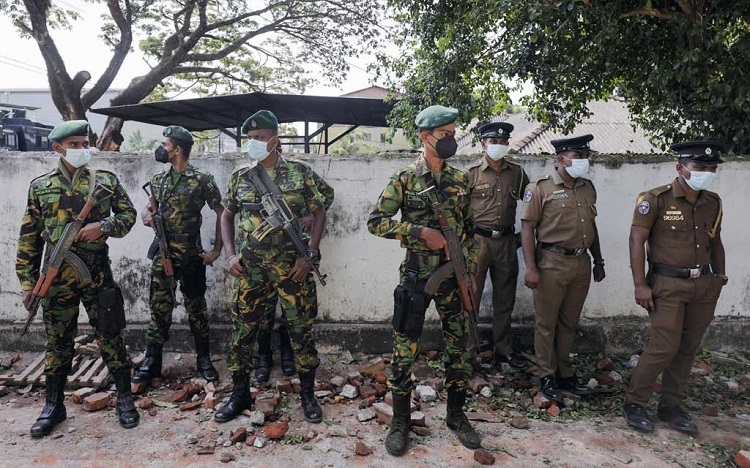 Online Desk : Sri Lanka’s influential lawyers’ body Saturday urged the president to repeal a state of emergency, which was imposed after a general strike brought the already bankrupt country to a halt.

Months of blackouts and acute shortages of food, fuel and medicines have caused widespread suffering across the South Asian island nation, which is enduring its worst-ever economic downturn.

President Gotabaya Rajapaksa declared a fresh state of emergency on Friday after weeks of protests demanding his government step down over its mismanagement of the crisis.

The Bar Association of Sri Lanka (BASL) said it was “gravely concerned” about the move, which gave sweeping detention powers to the military and allowed the president to make laws without parliamentary approval.

“We call upon His Excellency to revoke the proclamation declaring a state of emergency and to ensure that the fundamental rights of the people… are respected and protected,” the BASL said in a statement.

A spokesman for Rajapaksa said the move was to “ensure public order” after Friday’s general strike brought public transport and economic activity to a halt.

Rajapaksa had declared an earlier state of emergency on April 1, a day after thousands of protesters attempted to storm his home in the capital Colombo.

That emergency was allowed to lapse two weeks later, but protests have since escalated.

Thousands have been camped outside Rajapaksa’s seafront office for nearly a month to urge his resignation.

Police also fired a barrage of tear gas and water cannon on Friday in an effort to disperse student protesters who were blockading the parliament.

Unable to pay for fuel imports, utilities have imposed daily blackouts to ration electricity, while long lines of people snake around service stations for petrol and kerosene.

Hospitals are short of vital medicines and the government has appealed to citizens abroad for donations.

Finance Minister Ali Sabry warned this week that the country will have to endure the unprecedented economic hardship for at least two more years.