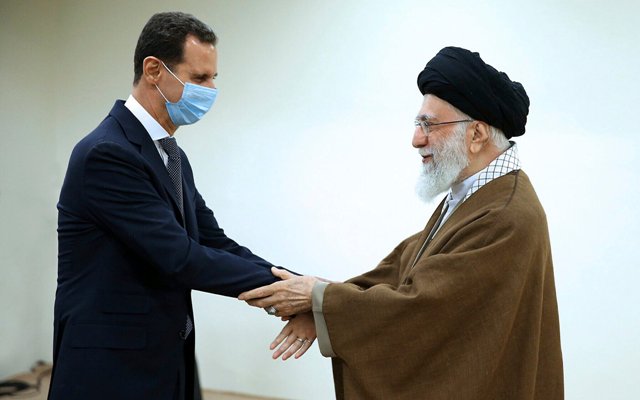 “Assad has left Iran for Damascus after meeting separately with the supreme leader” and the president, the report said, AFP reports.

Iran is a major ally of Assad, backing him alongside Russia in Syria’s more than decade long civil war.

Tehran has given financial and military support to the Assad regime during the 11-year war, and says it has deployed forces in Syria at the invitation of Damascus but only as advisers.

The relationship between Tehran and Damascus are “vital for both countries and we should not let it weaken,” Khamenei said, according to a statement on his website.

“We should strengthen it as much as possible.”

Assad’s last reported visit to Iran was in February 2019 — and that was the first one since the start of the war.

“While leaders of neighbouring countries hang out with those of the Zionist regime and drink coffee with them, the people of these countries take to the streets and chant anti-Zionist slogans on Quds (Jerusalem) Day,” Khamenei said.

The United Arab Emirates, Bahrain and Morocco all normalised ties with Israel in 2020, breaking with decades of Arab consensus that there should be no recognition of the Jewish state in the absence of a peace agreement establishing a Palestinian state.

Israel has repeatedly targeted targets in Syria with air strikes, focusing in particular on those where Iranian and pro-Tehran forces are said to be deployed.