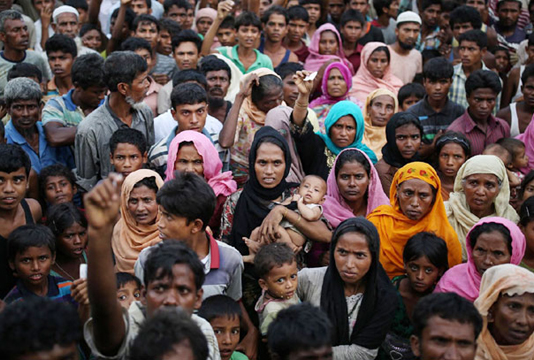 The International Criminal Court (ICC) today gave the green light for a long-awaited full probe into Myanmar’s alleged crimes against Rohingya Muslims, including violence and forced deportations, months after its prosecution wing sought permission for the proposed probe.

“The International Criminal Court authorised the Prosecutor to proceed with an investigation for the alleged crimes within the ICC’s jurisdiction in the Situation in the People’s Republic of Bangladesh/Republic of the Union of Myanmar,” an ICC statement said.

It said the probe would look at allegations of “systematic acts of violence”, deportation as a crime against humanity, and persecution on the grounds of ethnicity or religion against the Rohingyas.

The development came a day after West African Gambia on behalf of the Organisation of Islamic Cooperation (OIC) filed a case in UN-backed International Court of Justice (ICJ), based in The Hague as well, against Myanmar for committing genocide against its minority Rohingya population.

Legal experts and diplomats said ICJ is entrusted with the task of settling disputes among countries while ICC could expose persons concerned to punitive actions.

ICC prosecution office in July this year sought the global court’s permission to open a formal investigation to expose to justice Myanmar for committing crimes against humanity as its ICC deputy prosecutor James Stewart visited Bangladesh.

“We (ICC) are a court of last resort, however, can only act, where there these crimes are not being investigated and prosecuted by the national authorities,” ICC deputy prosecutor James Stewart told media at that time when he visited the Rohingya camps in Cox’s Bazar.

The developments came a month after the head of a UN fact-finding mission on Myanmar warned that “there is a serious risk of genocide recurring” as the mission submitted its final report.

The report said Myanmar should be held responsible in international legal forums for alleged genocide against the Rohingyas describing them as “a majority-Muslim ethnic group that has long faced persecution in Buddhist-majority Myanmar”.

Myanmar’s UN ambassador Hau Do Suan last month, however, called the UN fact-finding mission “one-sided” and based on “misleading information and secondary sources”.

Over 1.1 million Rohingyas were forced to take refuge in Bangladesh while most of them fled their country in August 2017 when Myanmar launched a military crackdown in 2017.

The United Nations earlier called the Myanmar actions a “textbook example of ethnic cleansing” while rights groups dubbed it as “genocide”.

Myanmar is not signed up to the ICC but the court ruled last year that it has jurisdiction over crimes against the Rohingya minority because Bangladesh, where they are now refugees, is a member.

Chief ICC prosecutor Fatou Bensouda was allowed to open a preliminary investigation on Myanmar in September 2018, and formally applied to begin a full-scale formal probe in July this year.

The court said a panel of judges on Thursday “authorised the commencement of the investigation in relation to any crime, including any future crime” committed against the Rohingyas.