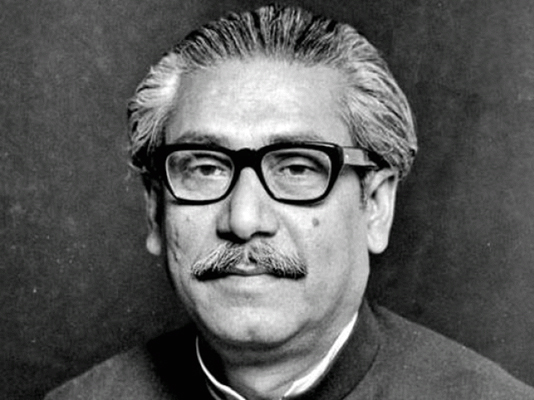 The countdown for the observance of Father of the Nation Bangabandhu Sheikh Mujibur Rahman’s birth centenary will begin across the country on January 10.

Prime Minister Sheikh Hasina will inaugurate the countdown centrally. It will also begin simultaneously in every district and upazilla and all public gathering places.

The information was revealed today at a view exchange meeting at the International Mother Language Institute in the city.

Murad Hassan said the countdown to ‘Mujib Year’ will begin on January 10 across the country ahead of the celebration of Father of the Nation Bangabandhu Sheikh Mujibur Rahman’s birth centenary.

He called upon all, especially print and electronic media, to take all preparations to start the countdown for celebrating the birth centenary.

He urged the authorities concerned to take necessary initiatives to ensure the involvement of the students of schools, colleges, universities and madrasas in the celebration programmes.

In his speech, Kamal Abdul Naser Chowdhury said installations for the countdown will be set up in every divisional city, district, city corporation and upazilla with the coordination of divisional commissioners, deputy commissioners and cultural and political personnel.

He said Prime Minister Sheikh Hasina will inaugurate the countdown centrally on January 10.

“As January 10 is a historic day for the nation, we are going to start the countdown from the day. Public Administration Ministry and Local Government Division will coordinate the countdown event,” he added.

He informed that a big installation for countdown will be set up at Manik Mia Avenue in front of the Jatiya Sangsad and different installations will also be set up in public places across the country.

He urged the print and electronic media to play a vital role for celebrating the birth centenary with much enthusiasm.

Bangladesh is going to celebrate the birth centenary of the Father of the Nation Bangabandhu Sheikh Mujibur Rahman from March 17, 2020 to March 17, 2021.

Nothing to be worried over India’s NRC: Quader