Bangabandhu’s life to be screened in BBPL opening ceremony 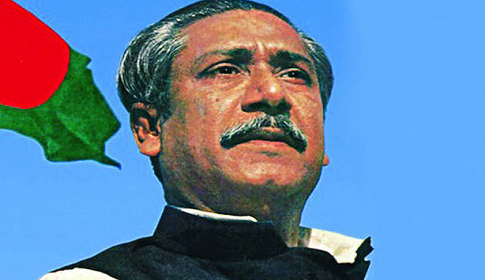 The whole life of the Father of the Nation Bangabandhu Sheikh Mujibur Rahman will be screened in the grand opening ceremony of Bangabandhu Bangladesh Premier League (BBPL), with which the year-long birth centenary programme of the greatest Bengali of all time will be unveiled.

Several giant LED screens have already been installed across the country including nine in the stadiums to give the people an opportunity to see the short film that made on the Bangabandhu’s life.

This year’s BPL is dedicated to the Bangabandhu Sheikh Mujibur Rahman to celebrate his birth centenary.

“This is the arrangement for the Bangabandhu and therefore we have set up several LED screens, from which Mujib birth centenary will be portrayed,” BPL Governing Council chairman Sheikh Sohel said here today.

“Prime Minister will inaugurate the ceremony at a time when Bangabandhu’s life is being displayed in the screens. There are several short films on Bangabandhu which will be shown.”

“I have sent a song with Bangabandhu to Sonu Nigam and he said he will start his performance by singing this song. I believe the spectators will get a special feeling,” Sohel added.

Bollywood superstar Salman Khan and Katrina Kaif is being seen as the main attraction of the ceremony that is going to last for almost five-long-hours. The gate will open at 2.30 PM while the programme starts at 4.30 PM.

The program has been set in two parts with the opening to the Bangabandhu Bangladesh Premier League T20 to be declared by Prime Minister Sheikh Hasina at around 7pm.

Bangladesh star singers in shape of James, Momtaz and others will rule the rooster in the first part while the second part will take care by the entertainers like Sonu Nigam, Kailash Kher from Bollywood along with hugely popular Salman, Katrina.

The programme starts at 4 PM and finishes at 11 PM. Here’s the major event flow of the grand opening ceremony as revealed by BPL governing council chairman Sheikh Sohel.

7.15PM: Performance by Sonu Nigam and other Indian artists