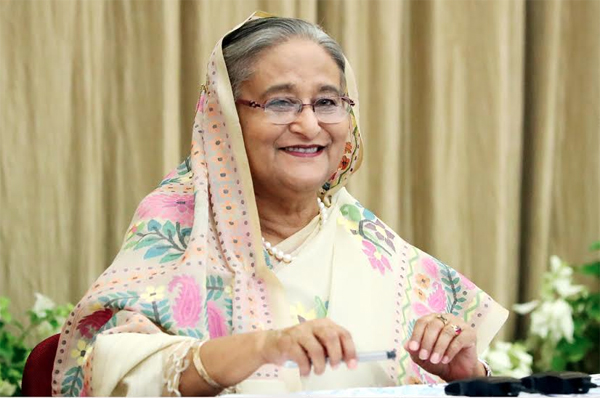 Prime Minister Sheikh Hasina has been ranked the 29th among the world’s 100 most powerful women by the US-based Forbes magazine.

German Chancellor Angela Merkel topped the Forbes 2019 list of ‘The World’s 100 Most Powerful Women’ followed by President of the European Central Bank Christine Lagarde in the second spot and Speaker of the US House of Representatives Nancy Pelosi ranked third.

“In 2019, women around the globe took action, claiming leadership positions in government, business, philanthropy and media. These trailblazers are not to be messed with,” the magazine said.

It said Prime Minister Sheikh Hasina, the longest serving prime minister in the history of Bangladesh, is currently serving her fourth term.

She won the fourth term, which is also her third consecutive term, after her party, Bangladesh Awami League, won 288 of the 300 parliamentary seats, Forbes said.

During the present term, it said, Sheikh Hasina plans to focus on issues such as food security and access to education and healthcare. Sheikh Hasina has been working to further strengthen democracy in Bangladesh, the magazine said.