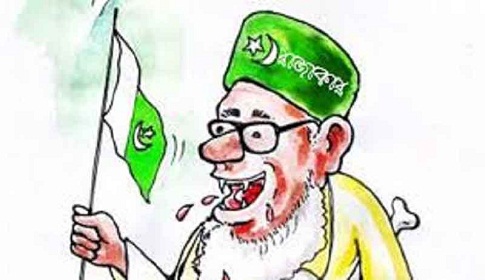 “In the first phase, we are publishing a list of 10,789 Razakars reviewing the documents of the home ministry,” Liberation War Affairs Minister AKM Mozammel Haque told a press conference at the ministry conference room here on the eve of the nation’s Victory Day.

The minister said lists of more Razakars will be published in phases after proper scrutiny and examination.

“We are publishing the list of those Razakars, Al-Badr, Al-Shams or anti-liberation elements who were appointed by the Pakistan government in 1971, after scrutinizing the old documents preserved at the home ministry,” he said.

The minister said efforts are underway to collect lists of Razakars from the then record room of different districts and those lists which were published from BG press during the period, he added.

The minister said none will be enlisted unfairly as no list will be published without cent percent confirmation.

“We had asked the deputy commissioners to send the old documents of the record rooms to the ministry. They were not asked to make any list. But we did not get expected response. We will get the records by next January,” he said.

He said efforts are underway to recover all the gazettes published in 1971.

The minister said the list of Razakars was published today to portray the true history and introduce the anti-liberation forces to the new generation.

After scrutinizing documents of the upazila level, the final list of freedom fighters will be published by the next the Independence Day on March 26, 2020, he added.

The minister said at present the number of freedom fighters getting allowances is 2,01,461.

He said works are underway to publish a complete and single list of freedom fighters after compiling different lists.

The minister said many documents and records of Razakars, Al-Badrs and Al-Shams were destroyed in various ways as the anti-liberation forces stayed in the state power for a long time.

He said the present government is determined to bring the anti-liberation forces to justice and as part of that the list was published today.

The minister said the people need to know who played what role in the Liberation War and that is why the list was published.